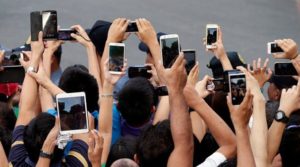 Many people are on some form of social media today. It may seem like an invasion of privacy, but your social media posts can be used against you in any type of legal case. This includes personal injury cases where you are attempting to prove an injury due to the negligence of another party.

If you have been injured due to someone’s negligence, in addition to hiring an experienced injury lawyer Delray Beach, it is important to remember that the person or business you are accusing of causing that injury may be fighting to prove that you are not seriously injured or that they are not at fault. Your social media activity could help them win if you are not careful.

If you are not cognizant of what you post following an injury, you may be unintentionally giving the defense evidence against your claim(s). Defense attorneys look for inconsistencies and possible fabrications in your claim. For example, if you claim that you have suffered a back injury and you post on social media about an activity that involves you being physically active following the incident, that post can be used as evidence that you are not as hurt as you claim to be.

If your claim involves emotional distress due to the incident, but you are posting photos or updates that seem to show you are enjoying yourself and being happy, those moments of contentment may be used against you by the defense team.

Photos can be particularly tricky, as anyone in the photos you post or photos that have been posted of you by a friend after the incident, may be called in as a witness for the defense in your case to prove you are not as injured as you say you are.

The best thing to do following any kind of injury claim is to refrain from social media altogether. It is always a good practice to carefully monitor what you post online, especially in a situation where you are pursuing legal action against someone, you want to make sure that your own posts do not discredit your case.

If you are unsure of what actions to take after being injured in an accident, call the injury lawyer Delray Beach of Greenberg & Strelitz, P.A. at (561)361-9400 for your free initial consultation.

Concerned About Meeting in Person?

We offer video consultations
for your convenience.